Tomas is a combat USMC veteran of Afghanistan. He suffers from TBI and PTSD, among other things. TLS Veterans was referred to Tomas last June in the Rockford area. When I initially talked to him on the phone he stated he was living in random cars and was “done”. I explained our agency and program to him (SSVF) and convinced him to meet with us. We put him up in a motel for a week and arranged a sit down meeting. Vail Smith, one of our peer support specialist, and myself met with Tomas for about an hour last June. Tomas was initially skeptical and reluctant to open up to us about anything. He was embarrassed and ashamed of his current situation. He admitted to us that he was using and hustling to get by. After developing some trust with Tomas we convinced him to seek treatment at Lovell for his substance abuse and PTSD. He had no history at that time of any treatment for PTSD or TBI from the VA. Tomas went through the PTSD, building 7 program a couple different times. We found Tomas an apartment in Rockford and also assisted getting him a HUD VASH voucher to assist with his rent. His journey has been a roller coaster since our first meeting with Tomas. He has been in and out of treatment and back and forth with his substance issues as well. We never gave up on him. He continually asked us “why are still trying to help me, I’m messed up”. Our answer every time was “because Tomas, we love you”. We continued our attempts to motivate him, even when we knew he was using. Tomas has 4 kids. One of our motivational tactics was consistently asking him if he wanted to be a better father and role model for his kids. Obviously, he always said yes. So we continued to stress that and to trust the process. He needed to believe in himself to stick to the plan to get sober and continue to seek treatment for PTSD and TBI. Last fall Tomas was finally awarded a service-connected disability for his PTSD/TBI of 100%. He was still struggling but this helped eliminate a financial stressor. He was able to upgrade to a larger apartment to accommodate his kids. He continues to strive ahead and remain positive. He has come along way since that first meeting last June. We were proud to have a generous donor donate a car last month. After speaking with Vail, we decided it was time to present this to Tomas. Veterans like Tomas drive us every day. As difficult as it is at times we still see the light of hope.

TLS Veterans SSVF grant covers that county (Winnebago), as well as Boone, Lake, McHenry and Kenosha County in WI. TLS Veterans has been assisting veterans since 1996. They have transitional housing (New Horizons), an employment program (HVRP), a Peer support program, a drop-in resource center with food and toiletries, a VCAT team that delivers furniture and other household necessities to veterans, SSVF housing assistance, and an Outdoors Program. 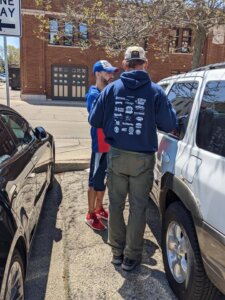 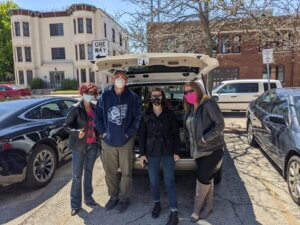 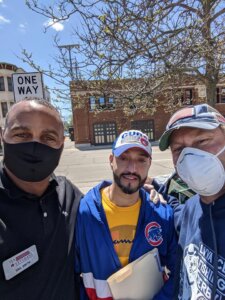 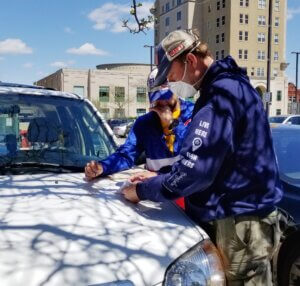 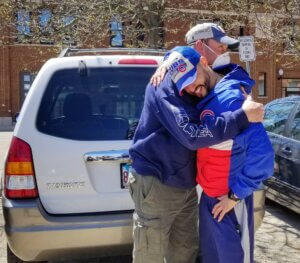 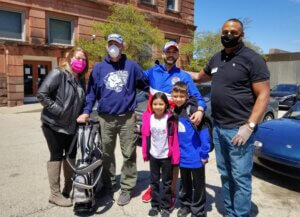